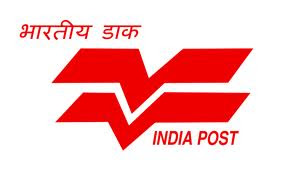 Department of Posts has won the Today’s Traveller Award for Best Customer Service Organisation for the year 2011. The award was presented by Shri Subodh Kant Sahai, Union Minister of Tourism here on 23rd August 2011.

The award citation says “Department of Posts has done a commendable job in reaching every citizen of India with its path-breaking innovations. There has been a major transformation in Department of Posts’ manpower development, whereby both the front and back office staff and the entire personnel make sincere efforts to understand and address customer’s needs, respond to their inquiries/complaints and provide efficient and reliable services with a good degree of enthusiasm.”

Posted by S. A. Raheem, General Secretary All India Postal Civil Wing Employees Association at 7:28 AM No comments: 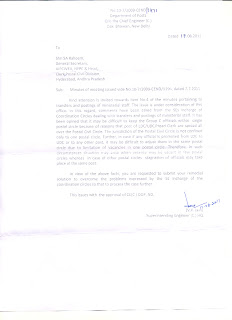 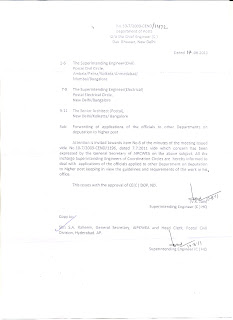 The Directorate has called for the views of the association regarding the transfer policy to be adopted in the case of ministerial cadres in Postal Civil Wing from our association vide their letter dated 17-8-2011. The letter is placed under for your information and for sending your views to the General Secretary without further delay as a reply is to be given to the Directorate. Hence, all Circle Secretaries and Divisional Secretaries and other members are directed to give their views over this issue for giving a reply to the Directorate within four days positively.
Posted by S. A. Raheem, General Secretary All India Postal Civil Wing Employees Association at 11:27 PM 2 comments:

Dearness Allowance for Central Government Employees as per 6th CPC.

We are all well known that the Dearness allowance calculation is based on All India Consumer Price Index numbers. AICPIN has been published by Labour Bureau in every month,and an attached office of the Ministry of Labour & Employment, has been compiling Consumer Price Index Numbers for Industrial Workers (CPIIW) since its inception in the year 1946.

Earlier the Government of India accepted the recommendation through a scheme called “Cost of Living Index Numbers scheme” in the year 1941.

In 1946, started compiling and publishing an interim series of All India Average Working Class Cost of Living Index Numbers by Labour Bureau.

The Labour Bureau compiled and published centre-wise and all India Consumer Price Index Numbers for Industrial Workers with base year 1960=100 from August, 1968 to September, 1988.

Working Class Family Income & Expenditure Surveys were conducted by the Labour Bureau during the period 1970-71 at 60 centres and during the period 1981-82 at 70 centres belonging to All India and 6 additional centres. On the basis of the results of 1981-82 survey, a new series of centre-wise and all India Consumer Price Index Numbers for Industrial Workers with base year 1982=100 was compiled and published during the period October, 1988 to December, 2005.

The current series of Consumer Price Index Numbers for Industrial Workers with base year 2001=100 had been released with effect from January, 2006 index.

This series is based on the Working Class Family Income & Expenditure Surveys conducted during the period 1999-2000 at 78 important industrial centres throughout the country.

These Consumer Price Indices measure the changes in the level of retail prices of a fixed set of goods and services consumed by an average working class family in a given area, over time with reference to a base year.